only accessible to network partners 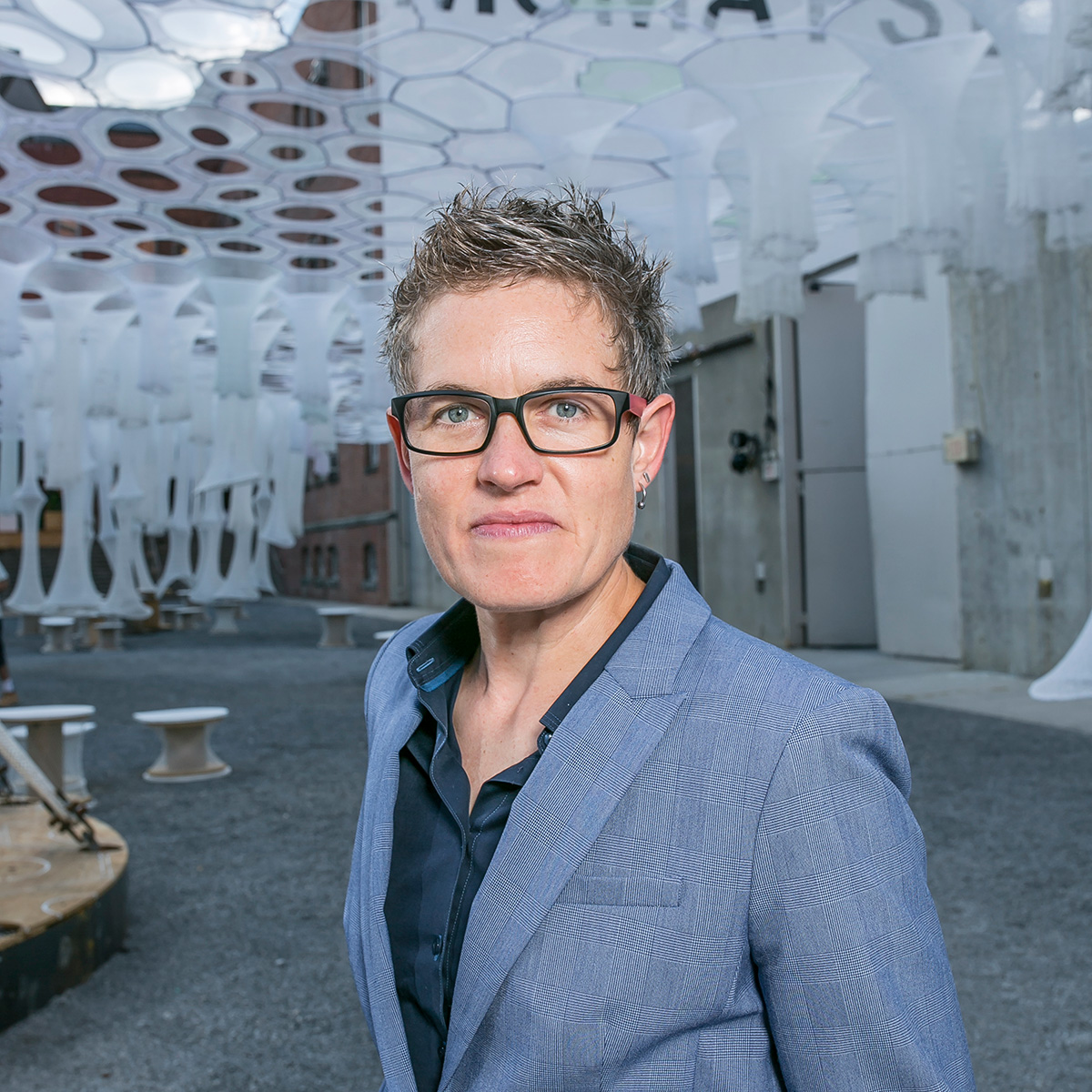 Jenny E. Sabin is an architectural designer whose work is at the forefront of a new direction for 21st century architectural practice — one that investigates the intersections of architecture and science and applies insights and theories from biology and mathematics to the design of responsive material structures and ecological spatial interventions for diverse audiences. Sabin is the Arthur L. and Isabel B. Wiesenberger Professor in Architecture and Associate Dean for Design at Cornell College of Architecture, Art, and Planning where she established a new advanced research degree in Matter Design Computation. She is principal of Jenny Sabin Studio, an experimental architectural design studio based in Ithaca and Director of the Sabin Lab at Cornell AAP. In 2006, she co-founded the Sabin+Jones LabStudio, a hybrid research and design unit, together with biologist, Peter Lloyd Jones. Sabin holds degrees in ceramics and interdisciplinary visual art from the University of Washington and a master of architecture from the University of Pennsylvania. She was awarded a Pew Fellowship in the Arts 2010 and was named a USA Knight Fellow in Architecture. In 2014, she was awarded the prestigious Architectural League Prize for Young Architects and Architectural Record’s national Women in Architecture Awards selected her for the 2016 Innovator in design award. She has exhibited nationally and internationally including in the acclaimed 9th ArchiLab Naturalizing Architecture at FRAC Centre, Orleans, France and most recently as part of Beauty, the 5th Cooper Hewitt Design Triennial. Her book, LabStudio: Design Research Between Architecture and Biology, co-authored with Peter Lloyd Jones was published in July 2017. In 2017, Sabin won MoMA & MoMA PS1’s Young Architects Program with her submission, Lumen.